Premiere at the Estonian National Opera on September 20, 2012

Performed in French, subtitles in Estonian and English

In Gounod’s opera Faust sells his soul to the devil Mephistopheles in exchange for youth, and is tempted by the innocent but fateful beauty of Marguerite. But there are no winners, when making a pact with the devil – within a moment Faust humiliates the man who adores Marguerite, kills her brother and drives her into madness. Gounod’s music is enticing throughout with memorable hits, such as Marguerite’s “Jewel Song” of the 3rd act and soldiers’ chorus of the 2nd act.

Barbier and Carré based their libretto on the first part of Goethe’s play, later adding scenes from the 2nd act. By the death of Gounod in 1893, “Faust” had been performed in Paris over a thousand times. The opera was so popular in the US that for decades in the 19th century, the New York opera season was opened with “Faust”. 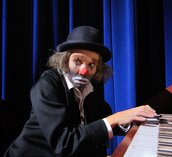 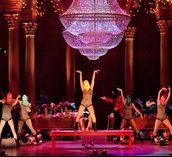 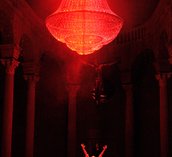 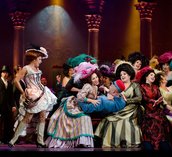 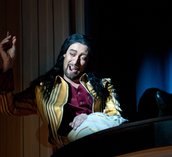 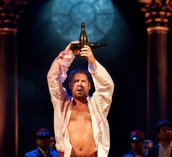 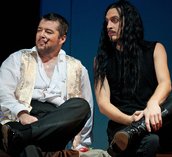 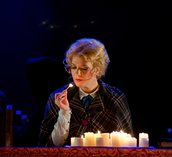