Half a century ago, a musical was born that became one of the most popular musicals on Broadway, where it ran for more than 3000 nights, which is more than Loewe’s “My Fair Lady” or Leigh’s “Man of La Mancha”. “Fiddler on the Roof” was first staged at the Estonian National Opera in 1989 by Georg Malvius, earning the title “Theatrical event of the year”. At the time when Estonia was regaining its independence from the Soviet Union, the story of a small Jewish village suffering from the oppression of great powers and fighting for its existence, was of great significance.

27 years later, Georg Malvius brings the fiddler back to the Estonian National Opera, retelling the story of the dairyman Tevye and the colourful life in the village of Anatevka. It is a touching story of human relations, traditions, joys and worries, love and tears. Tevye tries to maintain his Jewish cultural and religious traditions, but the changing society and his five strong-willed daughters make it harder every day. His daughters decide to listen to their hearts and choose suitors outside their community. On top of that, the Tsar’s edict evicts the Jews from their village…

The 9 Tony Awards winning musical is filled to the brim with classic melodies, such as “If I Were a Rich Man”, “Matchmaker, Matchmaker”, “Sunrise Sunset”, etc. These melodies were made popular by Jüri Krjukov, Peeter Oja, Helgi Sallo and Katrin Karisma – the first Tevyes and Golde’s of the 1989 production. 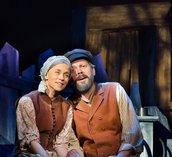 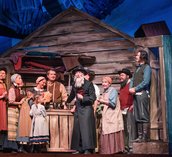 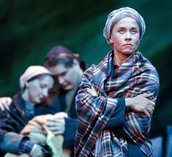 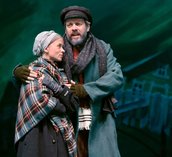 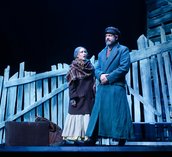 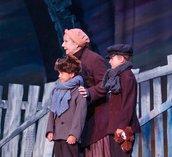 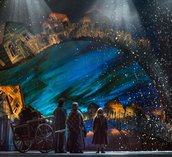 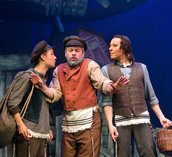