In 1865, the song and drama society “Estonia”was founded in Tallinn. In 1906, the society became the basis for the professional theatre founded by the directors and actors Paul Pinna and Theodor Altermann called “Estonia”.

The new Jugend-classicistic theatre building designed by Finnish architects Armas Lindgren and Wivi Lönn was the largest building in the early 20th century Tallinn. One side of the two-wing building was intended for a theatre and the other for a concert hall. This is so also today. Between the magnificent flanks was a lower part which housed a restaurant (the White Hall) and a cloistered inner court which gave colour to the building.

The theatre and concert building was inaugurated on 24 August 1913. Sculptor August Weizenberg donated to the new theatre two of his most stunning marble sculptures, “Koit” (Dawn) and “Hämarik” (Dusk) which decorated the Red Hall of the theatre.

Just a year later, after the outbreak of the World War I, the theatre building was housing a military hospital. The balcony side of the concert hall was used as an Orthodox church. As the theatre hall had not been taken over by the military, the actors continued to play at their own expense.

On 23 April 1919, the first Estonian Parliament – the Constituent Assembly of the Republic of Estonia – assembled in the concert hall of the “Estonia” theatre. A new era began in the history of the theatre and the whole country. The theatre building was reconstructed and in 1934, the balcony in the front of the White Hall was closed and the Green Hall was added to the building. 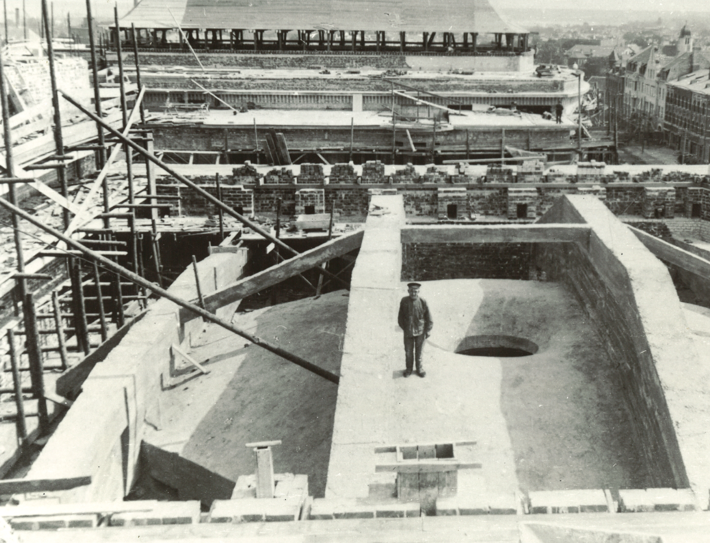 During the Soviet aerial bombardment of 9 March 1944, the theatre building was destroyed together with many others. The building was renovated in the second half of 1940ies according to the designs by Alar Kotli and Edgar Johan Kuusik. Alar Kotli’s design was inspired by neo-classicism of the 1930ies and by the Stalinist classicism pertaining to the post-war period. The architect tried to preserve the look of the Estonia Avenue side façade of the building and completely changed other façades. The interior was also changed from Jugend style to a more sombre classicist design.

The concert hall was re-opened for public in 1946 and the theatre in 1947. Reconstruction works were completed in 1951 but the lower part between the two flanks was reconstructed only in 1991 as the theatre’s conservatory, known as the national Opera’s Winter Garden. Although the building still belongs to the “Estonia” theatre, three independent institutions are operating in it – the Estonian National Opera in one wing and the State Concert Institution “Eesti Kontsert” and the Estonian National Symphony Orchestra in the other wing. 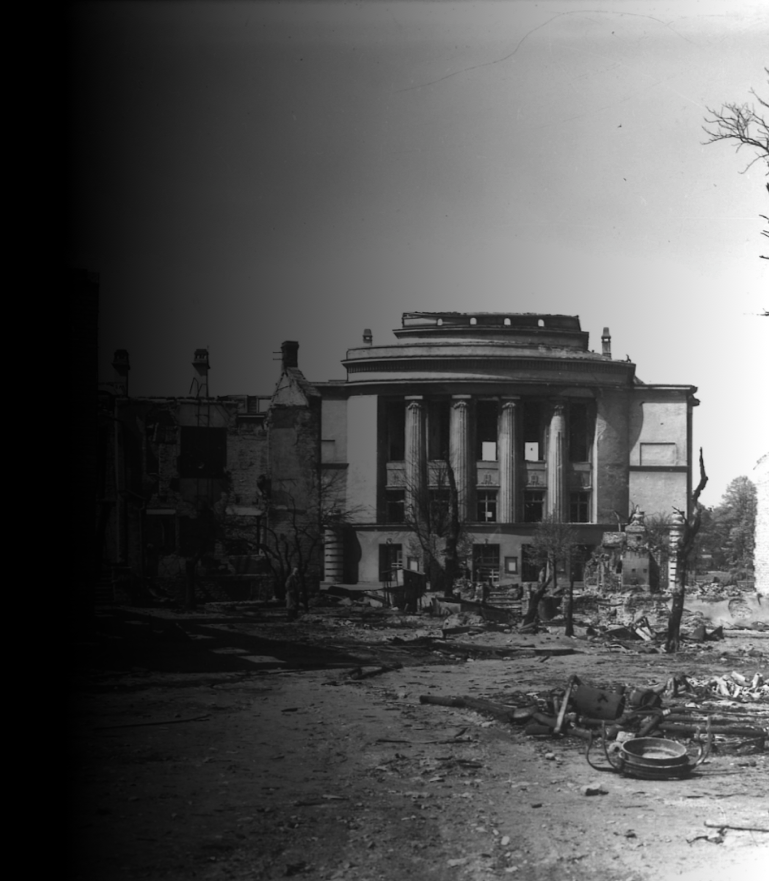 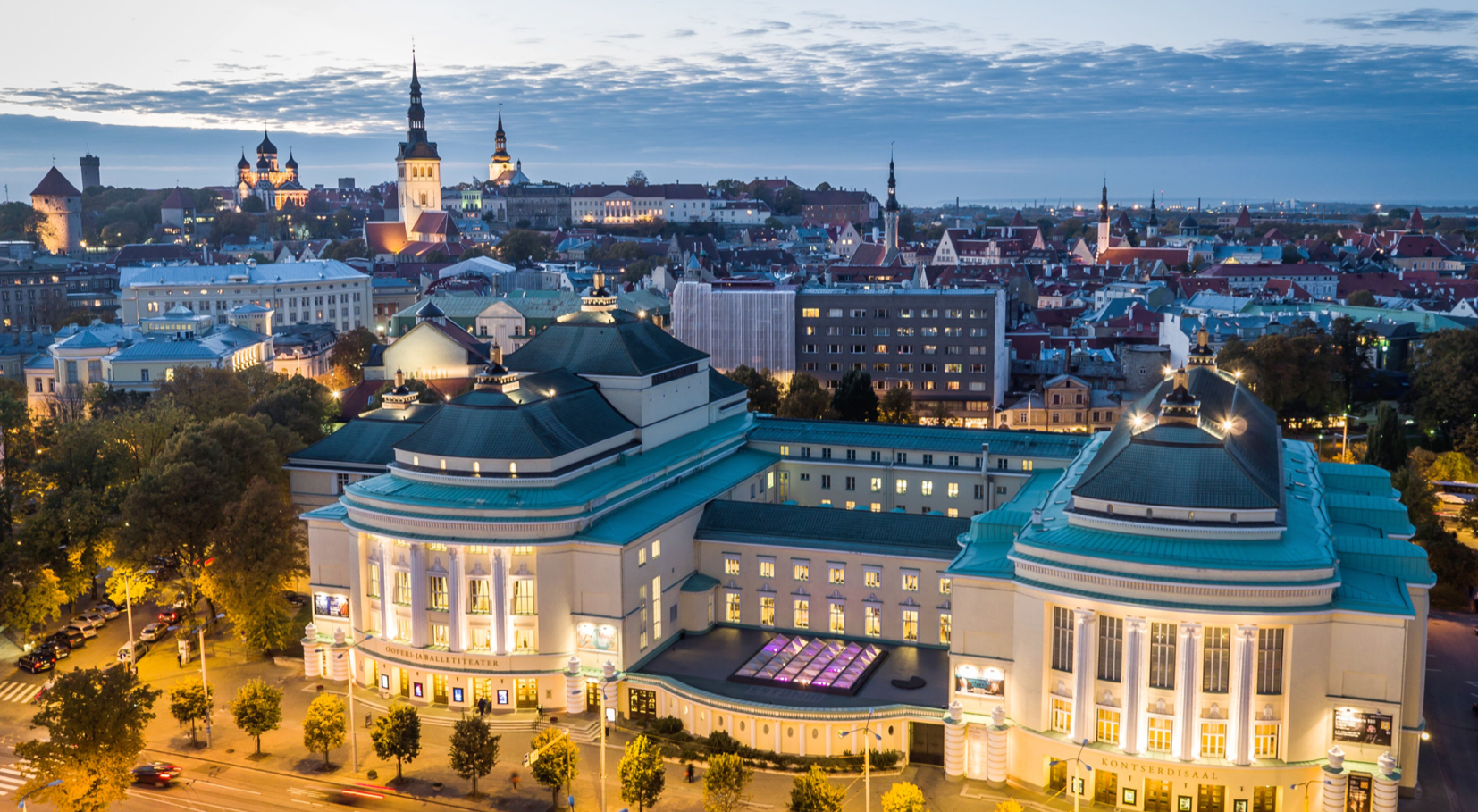 In 2003 a new multipurpose chamber hall was completed in the opera house, in the autumn of 2004 the theatre hall got a new and modern stage, in 2005 the theatre hall and the rooms for the audience were renovated before the celebrations of a centenary of the professional “Estonia” theatre. 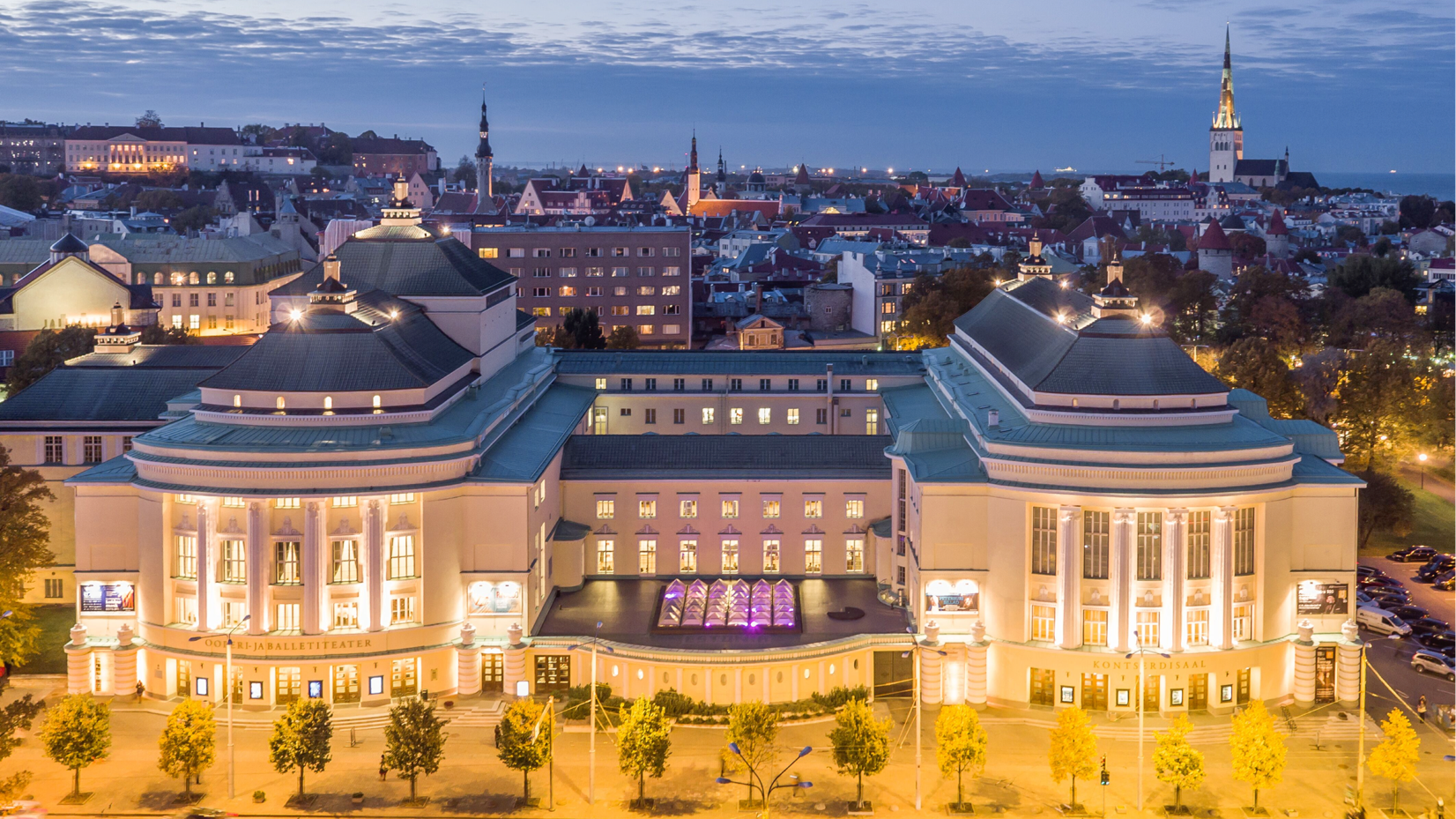