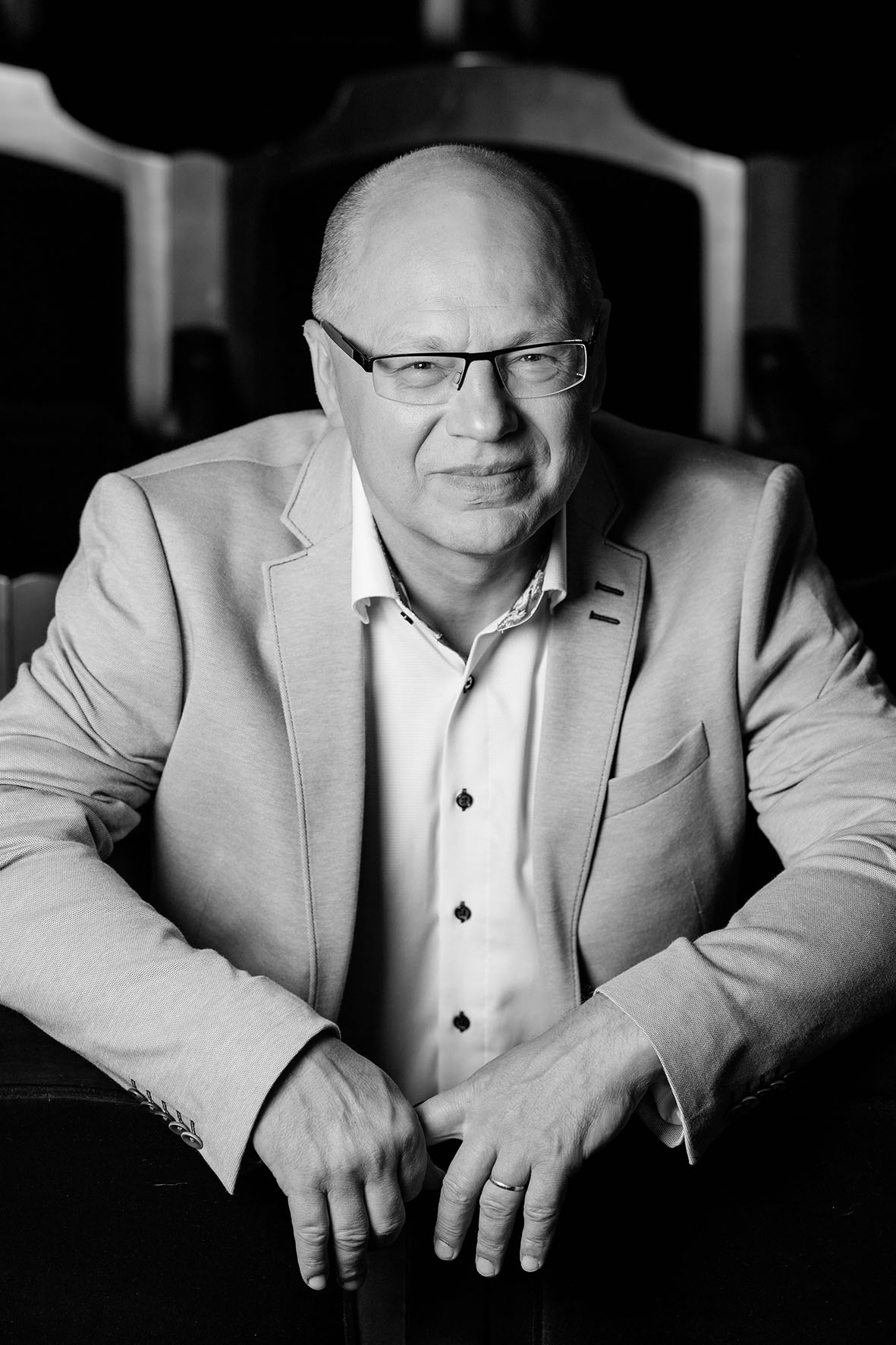 Since the season 2014/15, Arvo Volmer is the Chief Conductor of the Orchestra Haydn di Bolzano e Trento. In addition to all bigger Finnish and Scandinavian orchestras, he has regularly performed with the BBC Philharmonic, City of Birmingham Symphony Orchestra, Rundfunk-Sinfonieorchester Berlin, Hamburg NDR Symphony Orchestra (also on tour in South-America), Stuttgart Philharmonic Orchestra, Orchestre Philharmonique de Radio France,  Orchestre National de France, Orquestra Sinfônica do Estado de São Paulo among others. He has also worked with the Estonian Academy of Music and Theatre Symphony Orchestra and been a member of the faculty. As an opera conductor, he regularly cooperates with the Bolshoi Theatre in Moscow and with the Sydney Opera House. Arvo Volmer studied at the Tallinn State Conservatory (the current Estonian Academy of Music and Theatre) with Professor Olev Oja and Professor Roman Matsov (1980–1985) and at the Saint Petersburg State Conservatory with Professor Ravil Martynov (1985–1990). He participated in the master classes of Helmuth Rilling in the U.S.