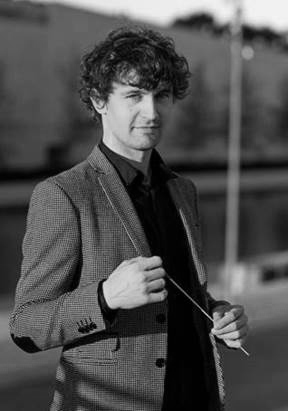 EDUCATION AND WORK
Conductor and pianist Jaan Ots graduated from the Tallinn Music High School in piano (Marja Jürisson) and trumpet (Aavo Ots). He continued at the Estonian Academy of Music and Theatre, earning his Bachelor’s degree in piano with Mati Mikalai. He began his conducting studies privately with Prof. Olev Oja and with Prof. Paul Mägi at the Estonian Academy of Music and Theatre. He furthered his education at the Sibelius Academy in Finland, receiving his Masters’ degree in Orchestral Conducting under the supervision of Prof. Leif Segerstam and Prof. Atso Almila. During his conducting studies, he spent one year as an exchange student at the Conservatoire de Paris (CNSM) in France. He has participated in master-classes of distinguished conductors such as Jukka-Pekka Saraste, Neeme Järvi, Paavo Järvi, Thomas Sanderling and David Zinman, during which he had the chance to conduct Shanghai Opera Orchestra, the Oulu Sinfonia, the Hungarian Symphony Orchestra Miskolc and the Janáček Philharmonic Orchestra in Ostrava (Czech Republic). Jaan Ots has conducted several Estonian and foreign orchestras, such as the Estonian National Symphony Orchestra, the Pärnu City Orchestra, the Narva City Orchestra, the Glasperelenspiel Sinfonietta, the Jyväskylä Sinfonia (Finland), the Lahti Sinfonia (Finland) and the Hamburger Camerata (at Elbphilharmonie Hamburg). Since 2017, Jaan Ots is the conductor of the Tallinn Music High School Symphony Orchestra.
In addition to his conducting career, Jaan is also an active chamber musician. He is a member of the Frielinghaus Ensemble (Germany) and Finnish-Estonian trio TEOS, and he is regularly performing as a guest artist in several festivals. Together with Firelinghaus Ensemble he released two albums with the music of Beethoven and Kurt Albrecht. Another album featuring violin sonatas of the 20th century is being released shortly.