Libretto by Jules Barbier and Michel Carré after William Shakespeare’s play of the same name
World premiere on April 27, 1867 (Théâtre-Lyrique)
Premiere at the Estonian National Opera on September 20, 2019

Approx. running time 2 h 55 min, one intermission
Sung in French with subtitles in Estonian and English

The success of “Faust” in 1859 had motivated the director of theatre Théâtre-Lyrique, Léon Carvalho to commission a subsequent opera from Gounod. The composer’s splendid version of Shakespeare’s tragic story is graceful, dramatic, and supremely melodic. It is famous for its deeply emotional love duets, its beautiful orchestral colours and its heart-stirring choruses. This work is one of the huge hits of 19th century French opera. “Je veux vivre” or “Juliet’s Waltz” is one of the famous arias in this operatic masterpiece. In this famous love story, stage director Stephen Barlow focuses on the fate of two feuding families, integrating it into contemporary Paris society. Through the futile feud of Capuleti and Montecchi families, the the love of two young people is the ray of light spreading the message of everlasting love.

Stephen Barlow: “My starting point with Gounod’s Roméo et Juliette is the very first line of the Shakespeare play – Two households, both alike… two equal sides stuck in a permanent feud. Though the play was written over 400 years ago this hostile description calls to mind the increasing polarization of politics and society in present day Europe and beyond, fuelled by mounting mistrust in our political and economic institutions. This has lead to the re-emergence of populism and increasing civil unrest of which the gilets jaunes protests in Paris are the most recent and virulent demonstration. Britain, France, Spain, Italy, Greece, Scotland for example have all become deeply divided communities in the aftermath of controversial referenda and/or elections which, as in Shakespeare’s play, have opened up entrenched positions that brook no compromise.
So designer Yannis Thavoris and I were attracted to a contemporary dystopian setting of this prophetic story which encapsulates the binary YES versus NO political world that we now live in with the Capulets and the Montagues rival, but unspecified, political factions. I want this brutal medieval tragedy to unfold and be counterpointed in a modern-day gilded world of power and privilege and I hope that watching this classic opera through a carefully considered unfamiliar prism might reflect different themes and provide more familiar points of references that resonate with a contemporary audience.” 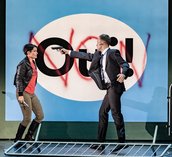 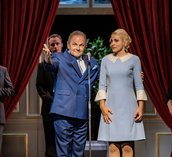 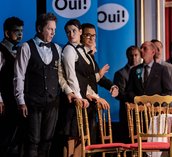 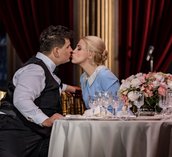 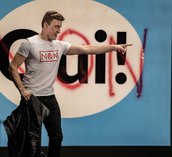 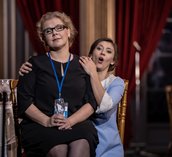 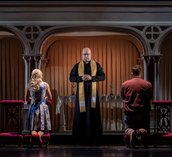 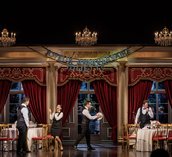 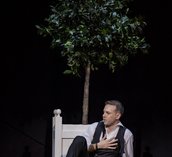 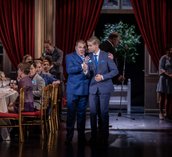 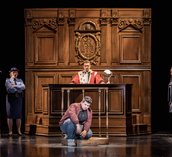 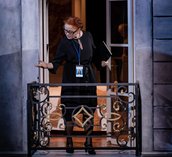