Created after Lewis Carroll’s novel of the same name
Music by Pyotr Tchaikovsky, Aram Khachaturian and Alberto Nanetti, arranged by Alberto Nanetti
World premiere on May 14, 2017 in San Carlo Theatre

Premiere in the Estonian National Opera on November 29, 2019

At sunset, Alice and her friend run cheerfully through the streets of an ancient and fascinating city. They stop in front of an old and drooping doorway. Inside they realise that they are in an abandoned theatre and they begin to discover this mysterious world. On stage, Alice discovers among dusty sets and tools an old script bearing the title “Alice in Wonderland”.

Suddenly she hears strange noises and perceives a shadow running at the back of the stage. She curiously follows it, climbs a ladder, slips and falls… and falls… down, and down… When she wakes up, she finds herself in Wonderland full of adventures to be discovered. She meets the strangest creatures imaginable, often changing size unexpectedly (she grows as tall as a house and shrinks to 7 cm), she encounters a hookah-smoking Catepillar, drinks tea with the Mad Hatter, March Hare and a Dormouse, and plays croquet with the Queen of Hearts.

Missing a step on a ladder can transport you to a fairyland, where there is no end to wonders… Come and join Alice in Wonderland together with the Cheshire Cat, Mad Hatter, March Hare, the Queen of Hearts and other wondrous characters! 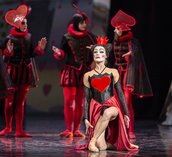 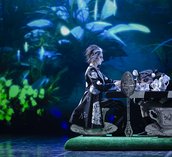 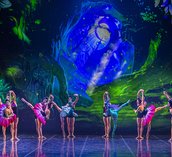 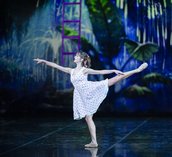 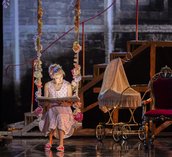 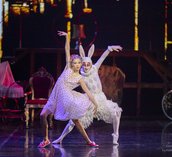 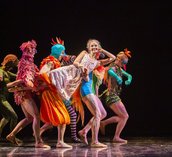 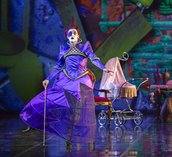