Performed in Estonian with subtitles in English.

One of the most popular musicals of all times may almost have not been written at all. In the 1930s the leaders of the American musical industry tried persistently to convince Loewe and Lerner that the source material is incapable of following the rules for the construction of a musical. The project was abandoned for twenty years until the musical theatre changed. In 1956 Lerner and Loewe reunited and their cooperation resulted in the most popular performance of the U.S. musical history that has been repeatedly staged world-wide. The musical has also received a popular film production in 1964 with Audrey Hepburn and Rex Harrison in the title roles. At the premiere Eliza was sung by Julie Andrews, Professor Higgins was sung by Rex Harrison, Eliza’s father was sung by Stanley Holloway and Colonel Pickering by Robert Coote.
On the 3rd of April in 2008, Frederick Loewe’s musical My Fair Lady, based on the humorous and witty play Pygmalion by Bernard Shaw, will premiere again at the Estonian National Opera. My Fair Lady was previously staged at the Estonian National Opera in 1963, staged by Voldemar Panso.

Henry Higgins, a Doctor in Phonetics and a bachelor bets his friend Colonel Pickering that he can make a cockney flower girl speak like a Duchess. A witty chain of events follows, where an amazing result is reached through tears and laughter. 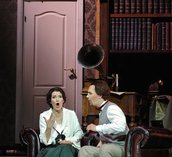 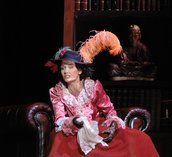 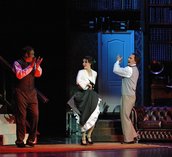 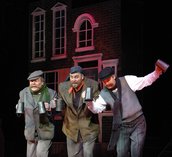 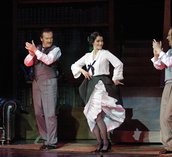 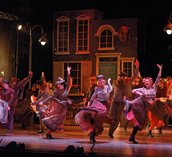 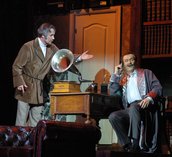 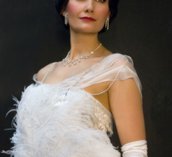 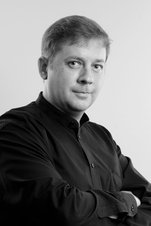