The woman who dared…

Dramma lirico by Giuseppe Verdi
Libretto by Temistocle Solera, based upon the play “Die Jungfrau von Orleans” by Friedrich Schiller
World premiere on February 15, 1845 at the Teatro alla Scala

Premiere in the Estonian National Opera on February 3, 2023

The dramatic life story of Joan of Arc has inspired countless artists over the centuries. Composed in barely four months, the score of “Giovanna d’Arco” gives us an insight into an ambitious Giuseppe Verdi who is looking to experiment and innovate, achieving colourful orchestration, rousing choruses and daring vocal writing. This is his fifth opera at Teatro alla Scala, following the two big success of “Nabucco” and “I Lombardi”. It was ecstatically received by audiences. The historical character is presented to us as a combination of historic precision mixed with significant elements of poetic license, the most notorious of which is that his heroine dies on the battle field instead of being burned at the stake as happened in reality. The love of King Charles for her is the other important original trait of the operatic story.

Charles VII, “the king with no kingdom” as France was in the hands of the British Royalty, describes a dream he had of the Virgin Mary instructing him to finally surrender to the English army. Meanwhile, in a mysterious forest that is believed to be the home for witches, Giacomo prays for his daughter who has been praying to become a warrior for the French army. In the same forest there lies a sacred chapel by a giant oak tree and Charles arrives to lay down his weapons, while Giovanna finds him when waking up from a dream about leading the French army to victory. In the dream, she heard the voices of demons, that tempted her, and angels that warned her to protect her heart from earthly love. She gains the approval of the King to join and lead the army, but her father thinks she has sold her soul to the devil.

He goes to Commander Talbot of the English army, who has been defeated. He tells him that he wants to offer up his daughter since she is cursed. Before Charles is crowned as King, he declares his love for Giovanna. She is hesitant, while the voices of the angels and demons arise in her head. She promised heavenly forces to keep herself pure. During a celebration of Giovanna’s victory, Giacomo denounces her in front of everyone and says that she is possessed by the devils. She does not defend herself.

Giovanna is captured by the English army and imprisoned, ready to be carried to the stake. She has visions of victories on the battlefield and prays to God for forgiveness. Giacomo overhears her and realises his mistake. He saves her and she runs off to lead the French army once more.

Giacomo asks forgiveness from the King and he grants him pardon. Giovanna dies on the battlefield and is carried along in a funeral trail, when all of a sudden she revives: her father reclaims her and the King professes his love. She finally ascends to heaven.

The opera places itself as a Verdi masterpiece of the early period, which was preparatory for the big operas to come. It is a work of the utmost musical quality, interpreted by such famous singers as Renata Tebaldi, Montserrat Caballé and Anna Netrebko. 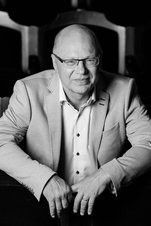 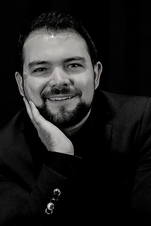